Yajnaseni’ has been presented as a letter by Draupadi to her sakha, Krishnaa, who was always her closest. She narrates the entire story chronologically; the difficult situations she faced; the turmoils, the insults hurled at her every now and then. She asks Krishna, where was she wrong.

It is interesting to read about her spiritual relationship with Krishna and a strange interplay of attraction and insult between Karna and Draupadi; besides of course her love for Arjuna. When her father tells her that it is only Krishna who could be a suitable match for the perfect woman Krishnaa, she starts dreaming about him; but when Krishna tells her that Arjuna is actually the perfect man for her, she becomes totally devoted to Arjuna. The book tells us, how she had already dedicated herself to Arjuna, much before he won her in the Swayamvar (which anyways could not have been won by anyone else, except Karna). When Arjuna was taking her to his mother, those moments she considers as the most beautiful time of her life, because after that her life changed forever as the wife of five husbands.

Strange as it may appear, Draupadi, the most accomplished heroine of Mahabharata happens to be the most suffering, sacrificing and yet the most misunderstood character, counted among the five supremely virtuous women, honored as 'Pancha Sati'. In mythology, the name Draupadi still bears stigma and is often contemptuously uttered by people in society 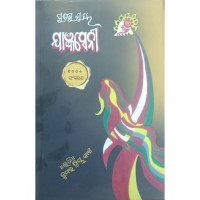